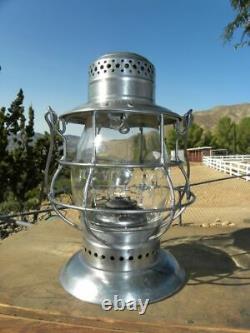 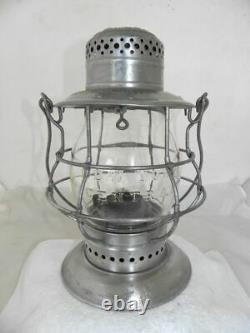 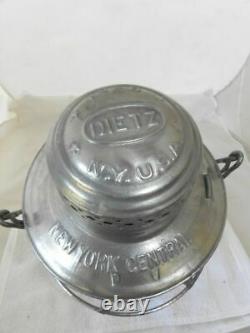 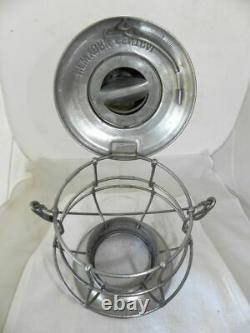 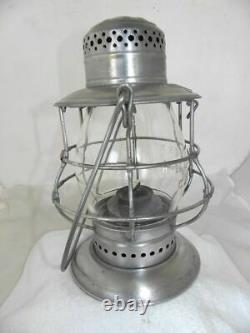 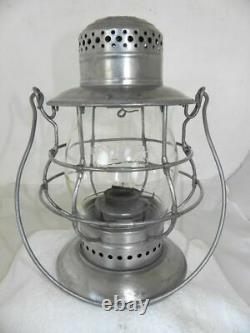 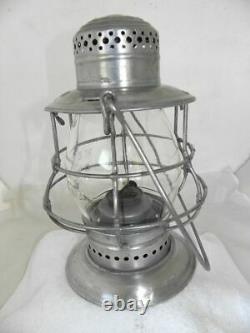 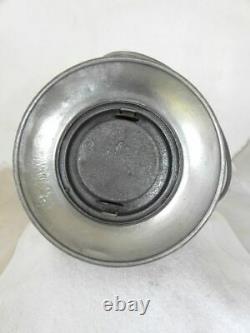 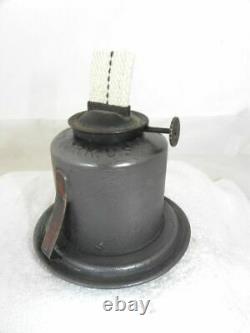 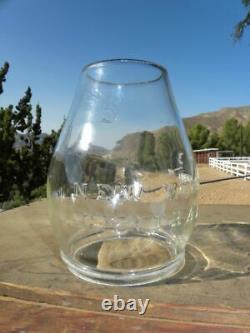 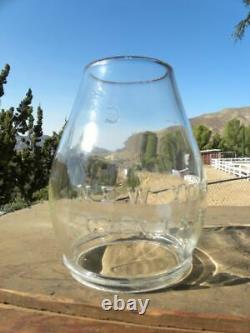 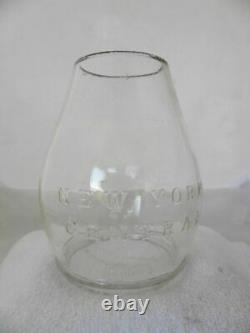 Offered is a vintage piece of Eastern American Railroad History ; a New York Central Railroad Lantern with a Clear Cast Extended Base Lantern Globe. The frame is a Six Inch Dietz #6, double wire guard, Bellbottom and is embossed on the shoulder NEW YORK CENTRAL.

The lantern frame is in excellent condition; retains most of its original tinning, stands straight, has no holes, dents, bent, broken or missing parts. The lantern has a correct pinch pot style fuel fount & Dietz threaded burner (takes a 7/8 flat wick). The fount appears to be in working order but is not tested. The wick easily adjusts up and down when the adjuster is turned. The lantern globe is in excellent condition; free of cracks, chips, scratches or cloudiness.

It has bubbles and swirls from the casting process. As with any globe that was used in actual railroad service there may be some minor nicks on the top and bottom rims that dont show when the globe is seated in the lantern frame. The New York Central Railroad began with the merger of 6 railroads in 1853. In 1869 the name was changed to New York Central & Hudson River which lasted until 1914. The name was again changed to New York Central in 1914 and remained as such until 1968 when it merged with the Pennsylvania Railroad to create Penn Central.

Penn Central became part of CONRAIL in 1976, which lasted until 1999. CONRAIL was split up between CSX Transportation and Norfolk Southern in 1999, which continue to operate many portions today. Be sure to view all photographs closely as they are part of the item description.

The item "NEW YORK CENTRAL RAILROAD LANTERN Clear Cast EB Lantern Globe" is in sale since Sunday, October 18, 2020. This item is in the category "Collectibles\Transportation\Railroadiana & Trains\Hardware\Lanterns & Lamps". The seller is "rrcollectionconnection" and is located in Acton, California. This item can be shipped to United States.