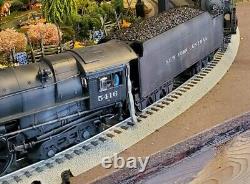 Introduced in 1937, the J3 held prime passenger assignments until the arrivals of the Niagara's nearly a decade later. Over two decades of service, the appearance of the class changed as well.