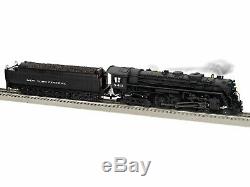 Over two decades of service, the appearance of the class changed as well. This new release, the first in over 15 years by Lionel, includes several of those changes, matched to photos of each locomotive in a particular era.

The seller is "choochoo0120" and is located in New York, New York. This item can be shipped to United States.