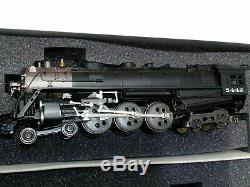 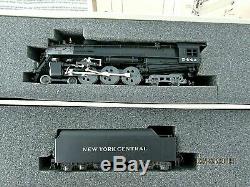 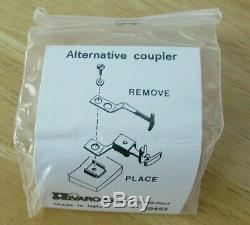 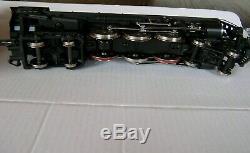 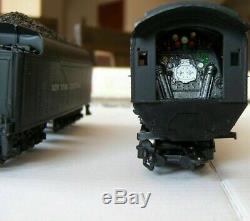 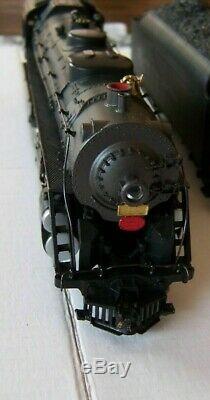 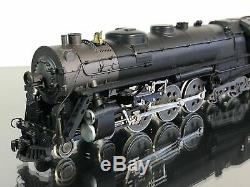 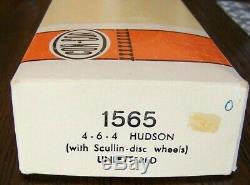 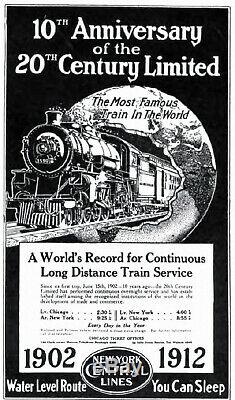 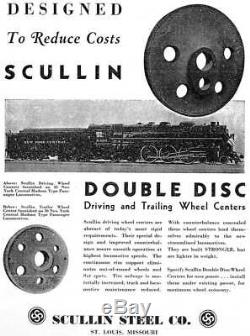 RIVAROSSI New York Central 4-6-4 Hudson J3 Locomotive for the 20th Century limited. By the 1920s the New York Central had a need to replace it's Class K-5 Pacifics standard passenger power to keep up with the new, heavyweight equipment being built (all-steel car construction was replacing wood as the primary building component) concrete poured for extra weight and improved ride and increasing demand by the public. On January 1, 1926, the American Locomotive Company (Alco) and NYC engineering dept began development of a new design, a 4-6-4, which was essentially a Pacific with an added rear axle.

This extra axle allowed for a larger firebox and larger boiler, which increased steaming capacity and a higher boiler pressure (225 psi), thus allowing for greater power. Because the Hudson Type was developed in the late 1920s most built only saw around 30 years of regular service before being retired in the 1950s. Still, several of the models have been preserved with most U. Versions originally owned by the Chicago, Burlington & Quincy (the Canadian roads also have seen several of their Hudsons preserved). Of note, one of the more prominent Hudsons to be preserved is C&O #490, an entirely streamlined locomotive that saw use pulling the railroads most well-known passenger trains including NYC 20th Century Limited. Although the 4-6-4 "Hudson J3" was not exclusive to the 20th Century limited and was not as famous as his Streamlined Brother it was used. The 20th Century ltd was the most romanticized train of the era that used the Hudsons. The 20th Century limited was an express passenger train on the New York Central Railroad (NYC) from 1902 to 1967, advertised as "The Most Famous Train in the World". In the year of its last run, The New York Times said that it...

Was known to railroad buffs for 65 years as the world's greatest train. The train traveled between Grand Central Terminal (GCT) in New York City and LaSalle Street Station in Chicago, Illinois, along the railroad's "Water Level Route". NYC inaugurated this train as competition to the Pennsylvania Railroad, aimed at upper-class and business travelers.

It made few station stops along the way and used track pans to take water at speed. Beginning on June 15, 1938, when it got streamlined equipment, it left New York City at 6 p. Eastern Time and arrived at Chicago's La Salle Street Station the following morning at 9 a. Central Time, traveling the 958 miles at an average 60 miles per hour. The eastbound train left La Salle Street Station in Chicago at 3 p. And arrived at Grand Central Station the following morning at 8 a. For a few years after World War II, the eastward schedule was shortened to 15½ hours.

Its style was described as spectacularly understated... 4849 Passengers walked to the train in New York and Chicago on a specially designed crimson carpet, giving rise to the phrase "the red carpet treatment".

"Transportation historians", said the writers of The Art of the Streamliner, "consistently rate the 1938 edition of the Century to be the world's ultimate passenger conveyanceat least on the ground". Scullin double disc driving wheels vs Booxpoc. Boxpok and Scullin drivers are the common disk driver center designs. Visually, the scullin design appears more solid, with only a few comparatively small circular holes in the visible surface.

Boxpok drivers have large egg-shaped holes, almost like the spaces between the spokes of a conventional spoked driver, but with circular rather than square ends. The main driver received the piston thrust along with the reciprocating forces of the side rods.

If a cracked spoke occurred, it was usually on the main driver. In 1946, it became standard practice to replace defective main drivers with "Boxpok" (General Steel Castings) or "Universal" (Locomotive Furnished Materials) disc wheel centers which were much more durable. But spoked main drivers were only replaced if flawed, so many locomotives retained all spoked drivers until they were scrapped. New York Central 4-6-4 Hudson J3 Locomotive #5442 for the 20th Century limited. American Steam Locomotive, with tender, for high-speed passenger service.

Modeling Tips for the 20th century limited using the J3 and Heavyweight Pullman cars. Depending on what train you're modeling this locomotive will fit from 1920 to the end of the Steam era.

Rivarossi made a set that was more in line with the 1920's to1940 era all though difficult to find as a complete set (See ad in Italian image #10) it can be easily duplicated at a low cost using. A and/or B Passenger cars or variation of it.

When it was pulled by steam was an all-first-class, all-Pullman train. Only the NYC dining car broke up the all-Pullman consist - even the combination baggage-smoker car at the head of the train was a Pullman car.

Before 1938 all New York Central cars were painted Pullman green to match the Pullman cars they and other railroads used. In 1938 NYC streamlined their premier train, the 20th Century Limited, with lightweight smooth-side cars wearing the same colors only reversed - light gray body with dark gray window band. Their early passenger diesel (E7's) were delivered in 1945 to match, but they reversed the colors and started repainting things around 1950. This unit has been in storage for over 10 years.

It is recommend for longer running time and better performance to inspect , and clean out the gear case of all old grease, particularly if the grease has caked (hard , and dry) use Isopropyl alcohol and toothbrush. And lubing w/ Labelle 106 usually does the trick, Other bushing/ bearing points should be oiled w/ plastic compatible lubricant motor shaft, worm bearing as well as any axle and other pivot points. The item "Rivarossi/Con-Cor HO NYC 4-6-4 Hudson Locomotive J3 (Scullin Wheels Rare)" is in sale since Saturday, April 6, 2019.