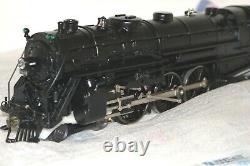 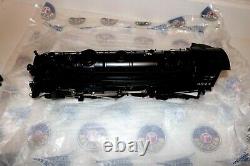 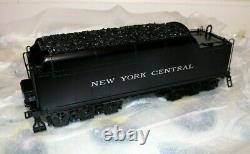 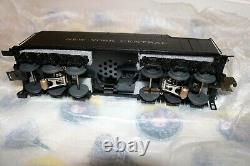 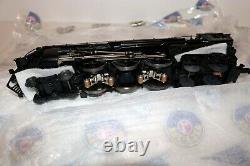 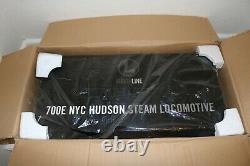 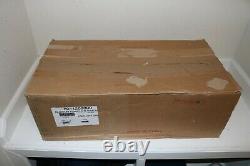 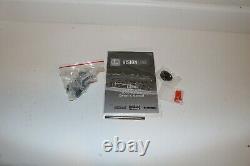 Lionel 6-11209 Lionel Vision Legacy 700E NYC Hudson - Black O SCALE C-9. Unrun - hard to find. In 1937, Lionel unveiled what would become one of the most famous locomotives ever in model trainsthe legendary 700E Scale Hudson. Based on the J1-e class of New York Centrals world-famous Hudson engines, the Lionel prewar model aimed for 1/48th scale, rivet-for-rivet perfection. The ultimate statement piece in trains, thisaristocrat of models instantly set the century-standard for engineering excellence and detailed realism that is as impressive today as it was over 70 years ago. Our lofty goal today is the same as it was in the early days of Lionelto create the most innovative, ground-breaking model trains in the world. To complete the circle of excellence begun in Lionels earliest days, we proudly present the. Equipped with some of the most sophisticated and innovative features ever offered in model trains. As a VISION Line locomotive, the legendary Lionel scale J1-e has been re-engineered to give you the most authentic, technically advanced Hudson ever made, with unprecedented operational realism and user control. System, a full array of. Features are synchronized to the unequaled, ultra-realistic RailSounds sound system. Using much of the tooling that built the first 700E, Lionel offers the new scale J1-e in the original #5344 number. In addition, the Vision Scale Hudson is also available in a 763E-inspired gunmetal grey paint scheme.

Most steam effects are synchronized to the RailSounds sound system. Synchronizes realistic sounds to nearly all aspects of locomotive operation, features, and effects. Two state of the art FatBoy speakers for the ultimate in sound reproduction.

The seller is "kgtrains" and is located in The Colony, Texas. This item can be shipped to United States.